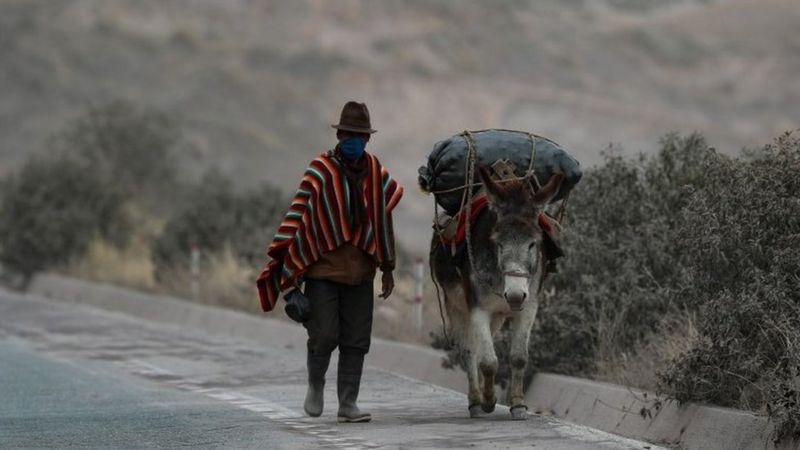 A volcanic eruption in Ecuador has covered 80,000 hectares of farming land in Ecuador in ash, the Andean country's government says. 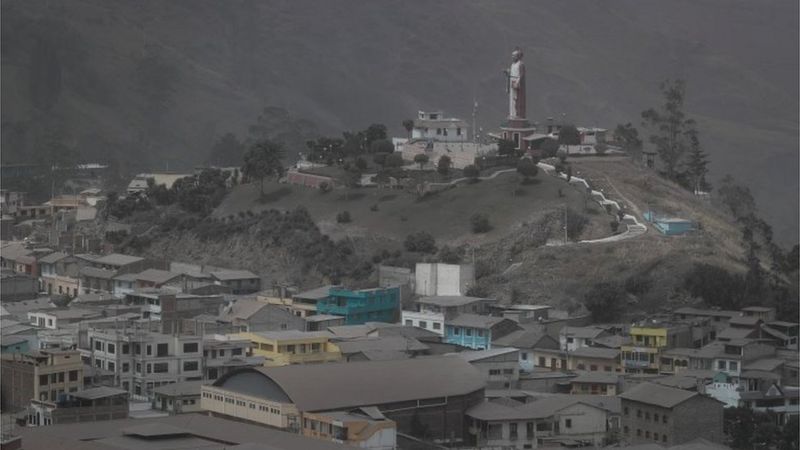 The worst affected areas are the provinces of Chimborazo and Bolívar in central Ecuador but Guayas and Los Ríos to the west have also been hit by the ash. 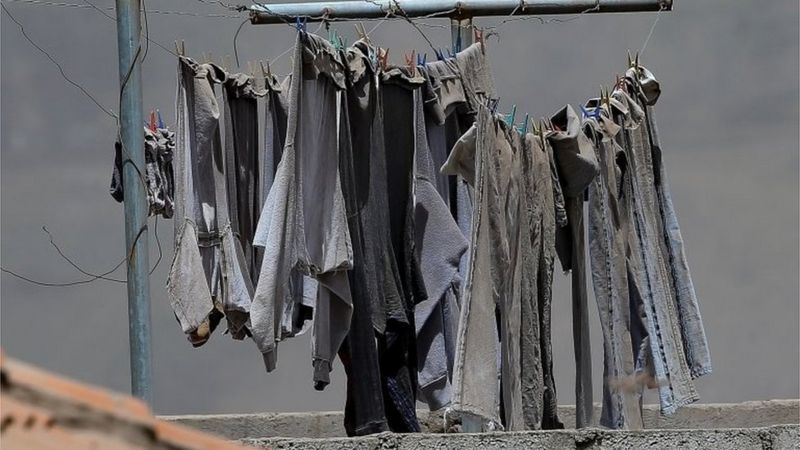 "We didn't know where all this dust was coming from," resident Feliciano Inga told El Comercio newspaper. 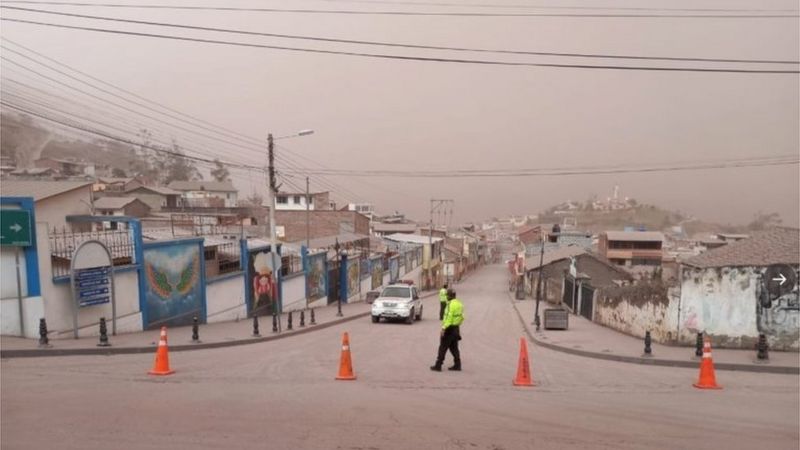 "We saw the sky go dark and grew afraid," he added while trying to shake the ash off the maize he grows to feed his four cows.

The ash comes from Sangay, one of Ecuador's most active volcanos. A powerful eruption on Sunday generated a dark ash plume which reached a height of more than 12,000m. 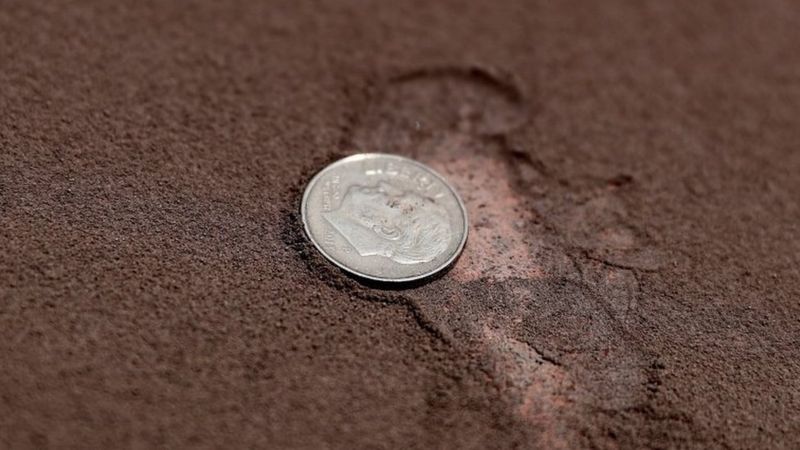 Sangay is one of eight volcanoes on the Ecuadorean mainland which have been active in the past five centuries. The other seven are Cotopaxi, Tungurahua, El Reventador, Cayambe, Guagua Pichincha, Chacana and Sumaco.

Sangay is located in a mainly uninhabited region in the province of Morona Santiago, but Sunday's eruption was so powerful that the ash - helped by strong winds - has been carried into Ecuador's agricultural and cattle region. 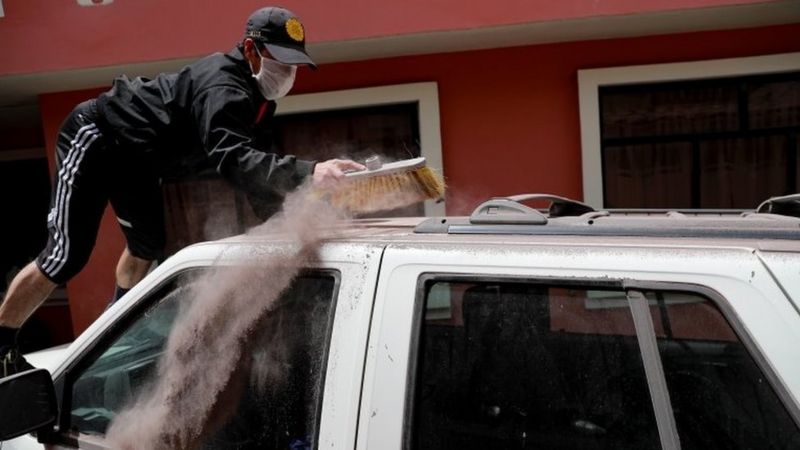 Ecuador's agriculture ministry has offered help to clean up pastures and crops in the worst-hit areas, including supplying food rations for cattle and water pumps to help spray crops clean.

The international airport in the port city of Guayaquil was also temporarily closed.

Share to
Related News
lockdown through drone photography
The beauty of the fens
New Zealand is beautiful, but its night sky is just as stunning
Kim 'was so happy to see me': Trump
Tags
volcanic ، ecuador ، photojournalist
Your Comment