Emiratis are 'cheerleaders' for US role in Middle East: UAE ambassador to Washington

riday, 25 September 2020 _The UAE's ambassador to the United States has described officials in his Persian Gulf country as “cheerleaders” for the US role in the Middle East, saying the recent normalization agreement between Abu Dhabi and the Israeli regime would not have taken place without the White House's tutelage. 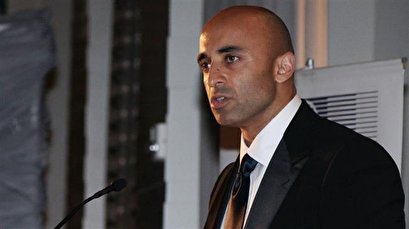 Speaking Thursday at a virtual meeting with the Anti-Defamation League, a pro-Israel group which tracks anti- Semitic attacks, Yousef al-Otaiba commended US President Donald Trump for brokering the UAE-Israel deal in “less than four weeks.”

He was among the three Arab ambassadors who attended Trump’s January unveiling of his so-called Middle East plan, dubbed the deal of the century.

The so-called deal of the century envisions Jerusalem al-Quds as “Israel’s undivided capital” and allows the Tel Aviv regime to annex settlements in the occupied West Bank and Jordan Valley. The plan also denies Palestinian refugees the right of return to their homeland, among other controversial terms.