Saturday, 26 September 2020_A top Palestinian activist says the move by the video conferencing platform, Zoom, to block her scheduled webinar at an American university under alleged pressure from Israeli lobbies will have “implications” for all university teachers. 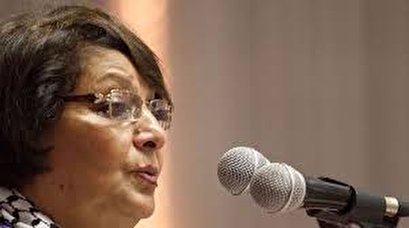 “We believe the university should have actually fought Zoom and insisted on honoring the contract with Zoom and not allow Zoom to decide what the content of the classrooms are. That is actually a very major problem because that means that now Zoom, a private company, as well as Facebook which is also a private company can determine what we teach in our classrooms, what is the content of our curriculum and censor it”, Leila Khaled told Press TV in an interview on Friday.

“The problem of the university, they also caved to Zionist pressure. They accepted their definition that this event is not acceptable and they refused to provide us alternative venue,” she added.

Khaled also noted that the university has an obligation to provide the teachers with an alternative space, but instead, the university authorities sided with the giant tech companies and the Israeli lobby.

She also stressed that as part of the US law, universities have a responsibility to protect freedom of speech and “academic freedom”, adding that “controversial issues” cannot be kept outside of the classroom.

Khaled further said the fact that public universities in the United States are caving in to private companies like the tech giants and the Israeli Zionist groups is "a very serious problem".