Saturday, 26 September 2020_The spokesman for Iran’s Guardian Council has dismissed new US sanctions against a number of Iranian judicial officials, hitting back at the US administration over police brutality and racial injustice against African-Americans in the country. 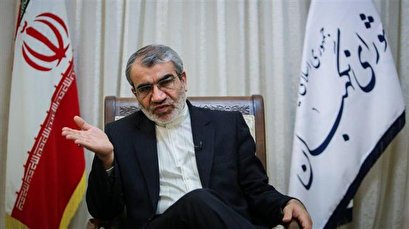 The condemnation on Friday came a day after the administration of US President Donald Trump blacklisted several Iranian officials and entities in the country’s Judiciary over rights abuse accusations.

Washington also slapped sanctions on a judge that it claimed was involved in the high-profile case of Navid Afkari, a convict that was recently executed over murder.

The imposition of US sanctions was criticized by Abbas Ali Kadkhodaei, spokesman for the Guardian Council, which vets legislation passed by the Iranian Parliament (Majlis) for compliance with the country’s Constitution.

“In continuation of mounting pressure on Iran, Donald Trump has imposed new sanctions on our country's judges,” Kadkhodaei said in a tweet in Persian.

"Would the Iranian Judiciary be able to impose similar sanctions on the killers of Black people in that country who torture them upon arrest and kill them without trial?"

Kadkhodaei was referring to the May 25 killing of unarmed African American George Floyd in the US city of Minneapolis, Minnesota, after a white officer pinned him to the ground and knelt on his neck for nearly nine minutes. The brutal murder drew thousands of protesters to the streets and prompted minority groups across the US to vent their long-felt indignation about systemic racism, also breathing new life into the ‘Black Lives Matter’ movement.