Ankara lashes out at Pelosi for suggesting Turkey not democratic

Saturday, 26 September 2020_The Turkish foreign minister has slammed US House Speaker Nancy Pelosi’s “blatant ignorance” for suggesting that Turkey is not democratic. 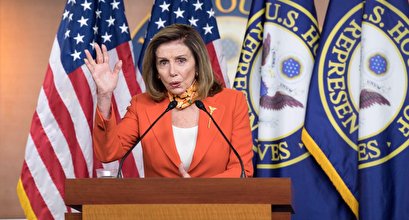 Turkish Foreign Minister Mevlut Cavusoglu said in a tweet on Friday that Pelosi’s rise to the position of the speaker of the House of Representatives was “what is truly worrisome for American democracy, given her blatant ignorance.”

“You will learn to respect the Turkish people’s will,” Cavusoglu said, addressing Pelosi.

Trump had earlier said that he wouldn’t accept the results of the upcoming presidential election in November if he loses, preemptively refusing to concede and setting America up for political chaos. Pelosi said in reaction to that remark that Trump was living in America, not in Turkey.

“When was the last time that there was no peaceful transfer of power in Turkey — with the exception of military coups?” Altun asked on his Twitter account in English. “And we remember who supported those attacks against Turkish democracy, too.”

“It’s against the US national interest and the spirit of an alliance to denigrate Turkey in an attempt to score domestic political points,” he said.

Turkey is angry at the United States for refusing to hand over US-based opposition figure Fethullah Gulen, whom Ankara says orchestrated a July 2016 coup in the country.