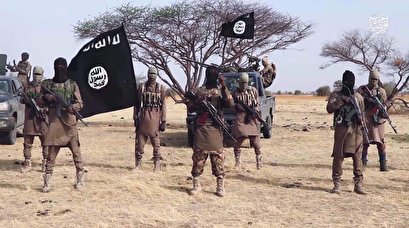 The assailants used machined guns and grenade launchers to attack the convoy on Friday, killing eight police officers, three soldiers, and four members of a government-backed militia force, security sources were cited as saying in an AFP report, which further noted that the governor escaped the attack unharmed.

“The governor is safe and sound, but 15 security personnel were killed in the fighting with the terrorists,” said one of the sources as quoted in the report.

It further added that the armed assault was carried out as the convoy was passing through a village near the headquarters of the Multinational Joint Activity Drive Force (MNJTF), a naval coalition force formed by troops from Nigeria, Niger, Chad and Cameroon.

According to another source, the governor was traveling to Baga as part of a preparation and assessment effort to arrange for the return of thousands of residents driven from the city by the Daesh-linked militants in 2014.

Zulum was then evacuated by helicopter to the garrison town of Monguno, 60 kilometres from the attack site, but returned to Baga with another high-security convoy, another source said.

The militants’ West Africa Province branch (ISWAP) maintains most of its camps on islands in Lake Chad and the area is known as a major bastion for the terror group.

ISWAP splintered from the original Boko Haram group in 2016 and has emerged as the dominant insurgent force within the area.

However, local authorities are still urging the displaced to return to the homes regardless of persisting concerns over the dangers of more terror attacks in the area.

The development came as Chadian troops killed 20 Daesh-linked Boko Haram terrorists and freed 12 civilians -- including nine children – who were kidnapped in the Lake Chad region where borders of several countries come together, according to a government statement released on Friday.

The group, which originated in Nigeria in 2009, has established bases on islets dotting Lake Chad, a vast swampy expanse on the border between formerly colonized African nations of Nigeria, Chad, Niger and Cameroon, all of which remain influenced by their former colonizers, particularly France.