Saturday, 26 September 2020_US President Donald Trump is planning to pick appellate judge Amy Coney Barrett as his third Supreme Court appointment, pushing the high court's conservative majority to a commanding 6-3, according to reports. 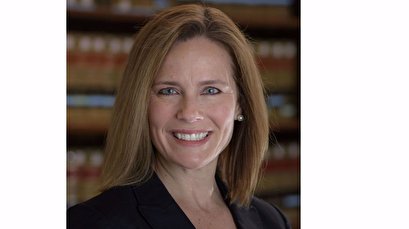 According to multiple senior Republican sources with knowledge of the matter, Barrett, a conservative Judge, will fill in the place for the deceased liberal Justice Ruth Bader Ginsburg.

Trump had vowed that he would quickly nominate a successor to Ginsburg in his bid to tip the high court further to the right.

Senate Judiciary Committee Chairman Lindsey Graham signaled that he expected to have Barrett confirmed as a justice by November 3.

Barrett had been appointed by Trump to the Chicago-based 7th US Circuit Court of Appeals in 2017.

Her confirmation to replace Ginsburg, who died at age 87 on Sept. 18, would make Barrett the fifth woman ever to serve on the top US judicial body.

Conservative activists hailed Trump's selection of Barrett as the possible nominee for the post.

She is a favorite among American religious conservatives who constitute a support base for the right in elections.