Saturday, 26 September 2020_Iran says the Israeli regime poses the biggest threat to regional and international peace and security by possessing tens of nuclear warheads in its arsenal. 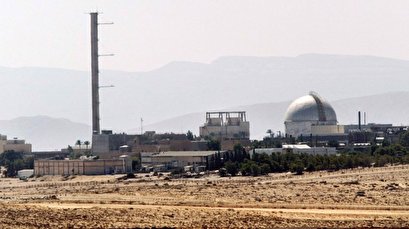 The Iranian Foreign Ministry, in a series of posts published on its official Twitter page on Saturday and on the occasion of the International Day for the Total Elimination of Nuclear Weapons, stated that Israel, supported by the United States and armed with tens of nukes, remains the biggest threat to peace and security, and that the regime prevents the Middle East from turning into a zone free of nuclear weapons.

3/ Also in our region, the Israeli Regime with its 10s of nukes remains the biggest threat to peace & security & - supported by the U.S. – prevents the ME to become a NWFZ. Responsible nations should stand for a Nuke-Free-World. pic.twitter.com/r1Lrck9TWx

The regime has been invariably blaming Tehran’s nuclear energy program for “diversion” towards military purposes to supposedly rationalize its ceaseless fortification of its military with Washington’s help.

The Tel Aviv regime is believed to have the Middle East’s only nuclear arsenal with 200 warheads.

This is while Tehran is an NPT signatory that roundly rejects either development or possession of nuclear arms on religious and humanitarian grounds.