Saturday, 26 September 2020_Prime Minister Narendra Modi says India will be ready to mass produce COVID-19 vaccines when scientists give the go-ahead, vowing to make the country’s vaccine production capacity available for the world. 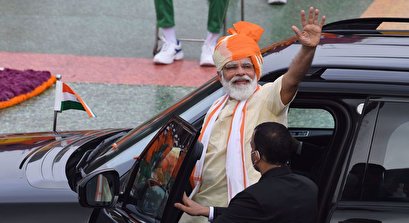 The Indian premier made the remarks in a pre-recorded speech to the UN General Assembly on Saturday.

“As the largest vaccine-producing country of the world, I want to give one more assurance to the global community today. India's vaccine production and delivery capacity will be used to help all humanity in fighting this crisis.”

Scientists are working at breakneck speed to develop a vaccine for the novel coronavirus, which has killed more than 900,000 people worldwide and pummeled economies.

More than 100 possible vaccines are being developed around the globe. At least four are in final Phase III human trials, according to the World Health Organization (WHO) data.

UN Secretary-General Antonio Guterres has been pushing for a “people's vaccine” that is available and affordable everywhere, expressing concern that some countries are “reportedly making side deals exclusively for their own populations.”

“Such 'vaccinationalism' is not only unfair, it is self-defeating. None of us is safe until all of us are safe. Everybody knows that," Guterres told the UN General Assembly on Tuesday.