Climate activists protest at German coal mine, scuffle with police

Saturday, 26 September 2020_Hundreds of climate activists descended on a coal mine in western Germany on Saturday, September 26, with some groups managing to occupy parts of the mine according to police. 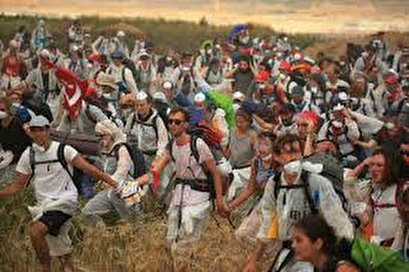 Small groups of protesters launched a series of blockades from early in the morning at the Garzweiler open-cast lignite mine. One group were stopped before reaching the mine and detained by police, smiling and waving after being loaded into a van. Later on, a protest march was blocked by police on horseback, and scuffles ensued.

The Garzweiler mine is owned by energy company RWE, which is Europe's biggest CO2 polluter, and has previously been the target of protests.

The anti-coal group "Ende Gelaende" had called for a decentralised blockade of coal and gas infrastructure over several days in the Rhineland region.

Activists are calling for an immediate exit from fossil fuels to stem CO2 emissions. Germany currently plans to phase out coal power by 2038.