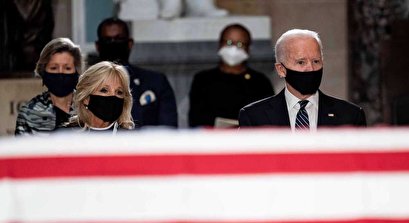 The former vice president made the comparison in an interview with MSNBC over Trump's announcement that he is a socialist to win the favor of undecided voters in swing states such as Florida.

“I’m not sure anybody hasn’t already made up their mind they’re for Trump. But who knows. He’s sort of like Goebbels. You say the lie long enough, keep repeating it, repeating it, repeating it, it becomes common knowledge,” Biden said. “The other week I was too moderate, as you remember. I was too tough. And now the American people, I think they know who I am. They know my heart. They know my story, my family story. Trump is using socialism to scare and distract Floridians from a failed pandemic."

“I think people see very clearly the difference between me and Donald Trump. Trump is clearing protests in front of the White House that are peaceful with the military,” he said.

Speaking at a rally in Newport News, Virginia, Trump said Friday that the winner of the November 3 election might not be known for months to come.