The Secretary General of Nujaba: The “pinpoint weapons” are armed

Sunday, 27 September 2020 (YJC)_Al-Kaabi asked all the political parties of Iraq to position against the U.S embassy military activities in Baghdad and insisted that if all stay silent, the Resistance has its own exclusive position; especially that the “pinpoint weapons” are now operational. 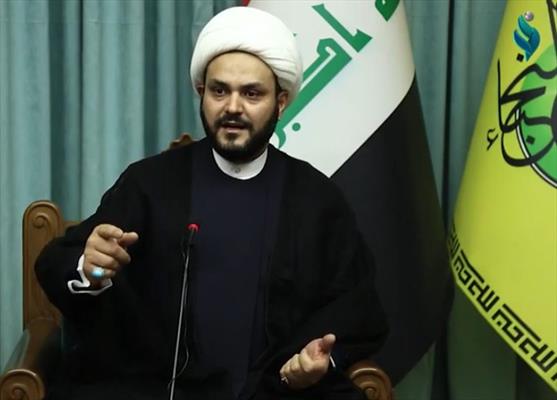 According to the report of Nujaba Communication and Media Affairs Center in Iran, the secretary general of Islamic Resistance of Nujaba, in his twitter account wrote: still awaiting for official positioning of all political parties toward the military base which has violated the sovereignty of Iraq. Sheikh “Akram al-Kaabi” added: the military base that the U.S has put in middle of Baghdad and calls that the embassy, is working toward spreading chaos and sabotage in Iraq. At the end of his statement he warned: if all stay silent, the Resistance has its own exclusive position; especially that the “pinpoint weapons” are now operational. It is worth mentioning that the secretary general of Nujaba on the Saturday evening released a comprehensive statement, stated that the U.S embassy and her staff in Iraq functioning contrary to the diplomatic norms and is perusing military-intelligence activities with a destructive approach.

Share to
Related News
Even the last occupying soldier of the US ‎must leave Iraq immediately
Anniversary of Iran’s Taking over US Embassy
al-Kaabi: The US embassy is a military base and the main root of Iraq’s problems
Iran-Iraq discussion with the aim of strengthening of bilateral relations
The Secretary General of Nujaba: the American state of commotion and explosion is the result of the Resistance victory/ the useless straggling of “Pompeo”
To al-Kaabi the US the number one enemy; he seeks revenge for Gen. Soleymani’s martyrdom
Iran: US decision to pull diplomats out of Iraq over 'Iran threat' mere propaganda war
Aid convoy of Iraq’s Nujaba arrives in Iran’s flood-hit areas
Tags
nujaba movement ، Us ، baghdad
Your Comment