Monday, 28 September 2020_Moctar Ouane, Mali's former foreign minister and a civilian, has been appointed as the African nation’s interim prime minister, in a political gesture that would likely convince the Economic Community of West African States (ECOWAS) to lift the sanctions it slapped on the country in the wake of last month's military coup. 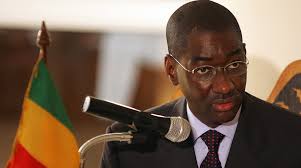 Following the August 18 mutiny by Malian armed forces, ECOWAS 15 member states closed their borders with and stopped financial flows to the country, exerting pressure on the junta to hand back the government to civilians.

Ouane, 64, had served as Mali’s Permanent Representative to the United Nations from 1995 to 2002 and later as a diplomatic adviser to ECOWAS.

From 2004 to 2011, under former President Amadou Toumani Toure, he was minister of foreign affairs.

Ndaw, himself a retired colonel, was sworn into office as Mali's transitional president on Friday.