UAE writer barred from traveling for rejecting normalization with Israel

Monday, 28 September 2020_A prominent Emirati writer says she was banned from traveling out of the United Arab Emirates over her opposition to the country’s normalization deal with Israel. 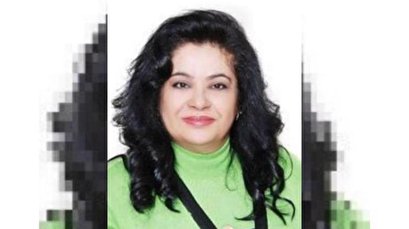 Dhabiya Khamis, 62, said in a post on Facebook that authorities at the Dubai International Airport banned her from boarding a Cairo-bound flight on Saturday.

"I was banned from flying today due to an order from Abu Dhabi without specific reason," Khamis wrote.

"Most likely this is because of my publicly announced position against the Zionists and normalization and I am fearful for my freedom and life from threats and arrest," she added.

On September 15, the United Arab Emirates and Bahrain signed US-brokered normalization agreements with Israel at the White House — a move that was condemned by the Palestinian government and people as a betrayal of their cause.

Khamis, a popular academic and poetess who has previously worked as a diplomat for the Arab League, described her country’s decision to normalize relations with Israel as a “sad and catastrophic day”.

Khamis called on human rights organizations to intervene to hold Emirati authorities accountable for "any oppression, arrest, assassination or liquidation I am subjected to".

Several international activists have expressed solidarity with Khamis and urged authorities to ensure her safety.