Monday, 28 September 2020_China has slammed the Trump administration for abusing "national power" by imposing a ban on Chinese-owned video app Tik Tok forcing it to undersell its US operations. 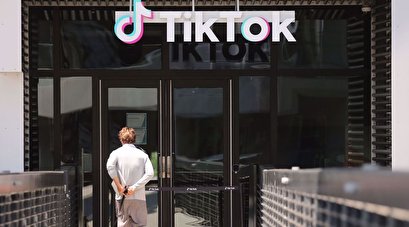 Foreign Ministry Spokesman Wang Wenbin said on Monday that the "bullying behavior" of the Trump administration was evident.

He slammed Washington for "abusing national power to unreasonably suppress other countries' enterprises."

China says Trump is strong-arming the company into giving up full ownership of a lucrative app -- with 100 million US subscribers -- to an American rival.

Wang said that instead of exerting pressure on the Chinese-owned company to sell its US operations, the US should "provide a fair, just, open, and non-discriminatory business environment for companies around the world investing and operating in the country."

President Donald Trump, however, claims the popular app poses a security threat to the US.

In the meantime, a US federal court issued a temporary block on a ban ordered by the US Commerce Department against Tilk Tok.

Share to
Related News
China at UN: US is trying to take world back to 'jungle age'
China: WTO ruling on Trump's tariffs is fair
Tags
Tik Tok ، China ، suppress
Your Comment