Iran’s Intelligence Ministry has arrested members of a network active in illegal selling of drugs used to treat the disease caused by the deadly new coronavirus as the country grapples with the third wave of the pandemic. 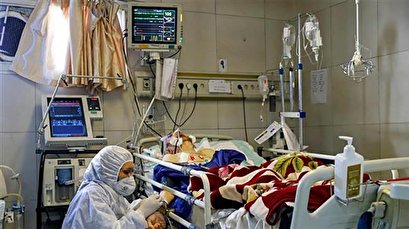 In a statement issued on Monday, the Intelligence Ministry said the operation disbanded an organized network of dealers who procured and sold drugs used to treat COVID-19 infection in an illegal manner outside the framework of the official supply chain set up for this purpose by Iran’s Ministry of Health, IRNA reported.

The statement added that the culprits have been handed over to Iranian judicial officials to undergo subsequent legal procedures following their detention.

“A group of brokers and dealers, in cahoots with a small group of medical staff, sold COVID-19 drugs, which had been distributed among official medical centers in quotas, to families of patients at exuberant prices in order to obtain illegal profit,” the ministry said.

The statement also warned that there is a chance that drugs sold by this network could be fake, because they have been procured and distributed without supervision of the official health network.

The Intelligence Ministry concluded its statement by issuing stern warning to all those who embark on the illegal sale of medicine and those people who disseminate fake news to disturb the public opinion.

“In view of the COVID-19 pandemic and the necessity of protecting patients and honest personnel of the country’s health network, any kind of profiteering and illegal dealing in this field will be forcefully dealt with,” it said.

Iran has been battling the deadliest pandemic the world has seen in many decades amid the sanctions.

In an interview with Russia Today on Sunday, Iranian Foreign Minister Mohammad Javad Zarif said Washington is simply lying when it claims its unilateral sanctions have had no impact on delivery of humanitarian data-x-items to the Iranian people.