At least 382 people have been arrested in Egypt in the wake of a recent spate of demonstrations against the government of President Abdel Fattah el-Sisi, a rights group says. 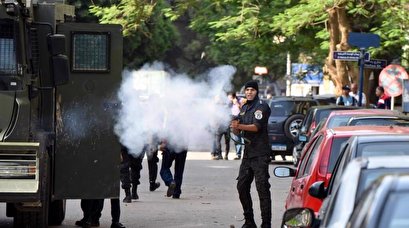 The Egyptian Commission for Rights and Freedoms said on Monday that it had directly documented 249 cases of arrest over the past nine days.

Another 133 had been documented by other rights groups or lawyers, it added.

Egypt’s public prosecutor recently said it had ordered the release of 68 minors in connection with the demonstrations.

Anti-government protesters have braved a heavy-handed crackdown by the police in the past few days.

Apart from the capital Cairo, protesters have also taken to the streets in the governorates of Giza, Damietta on the Nile Delta and Luxor in the south.

On Saturday, family members and medical sources said a protester had been killed in clashes with the police in a village south of Cairo.