Wednesday, 30 September 2020_The decades old conflict between Armenia and Azerbaijan over the Nagorno-Karabakh region that reignited this weekend continues unabated despite calls for it to stop. The clashes have already killed and wounded tens of soldiers and civilians, among them children. Could this be the prelude to all-out war? 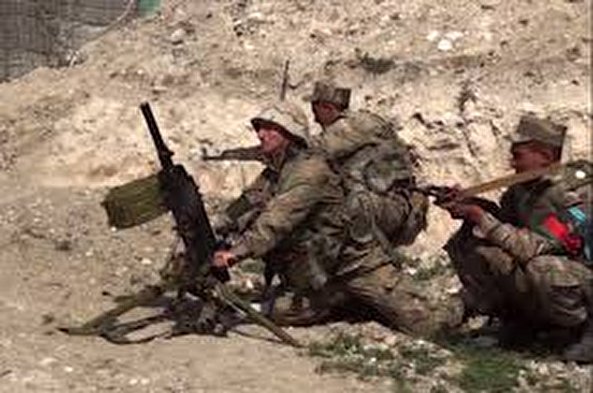 The twitter world saw these images released by Armenia’s defense ministry on Sunday morning saying these are Azeri tanks blown up in the disputed Nagorno-Karabakh region. Officials in Azerbaijan condemned that video as propaganda and said a counter offensive operation had been launched after Azeri forces were attacked.

The fighting has escalated since, and the warring sides have been using twitter, cell phone and drone videos to show off their military superiority. Calls for calm from international and regional powers has fallen on deaf ears.

On day three of the violence, Armenia and Azerbaijan are accusing each other of firing into each other's territory, far from the conflict zone. In Nagorno-Karabakh, hospitals are receiving dozens of wounded soldiers and civilians.

The self-declared republic of Nagorno-Karabakh is an internationally recognized part of Azerbaijan but is controlled by Armenian forces. It has a majority ethnic Armenian population.

The last time Armenia and Azerbaijan fought a war over the region was in the 1990s in wake of the collapse of the Soviet Union. That war left 30,000 people dead. A ceasefire was brokered in 1994 but sporadic fighting has continued since.

Nearly three decades later, fresh violence. Despite the casualty figures climbing, both sides are pushing on and both appear determined to settle who rules Nagorno-Karabakh through a war of weapons and words.