Wednesday, 30 September 2020 (YJC)_ A member of British Parliament announced he has nominated Democratic presidential nominee for the noble prize. 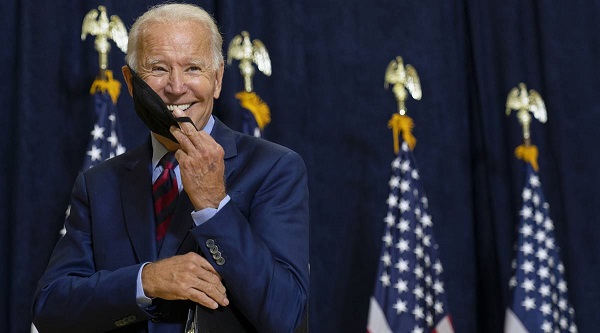 A member of the British Parliament on Tuesday announced he has nominated Democratic presidential nominee Joe Biden for the Nobel Peace Prize.

“When others have resorted to violent solutions, [Biden] has argued that the best force is the force of argument,” Chris Bryant, a member of the Labour Party, told the Standard. “Because guns can stop a heart but well-placed words can change many hearts, and many hearts can change a world.”

Any head of state or national politician can nominate someone for the prize. A far-right member of the Norwegian Parliament, Christian Tybring-Gjedde, has nominated President Trump for the honor in both 2018 and 2020.

“For his merit, I think he has done more trying to create peace between nations than most other peace prize nominees,” Tybring-Gjedde said in 2020, citing the U.S.-brokered deal normalizing relations between Israel and the United Arab Emirates.

Russian President Vladimir Putin has also been nominated by a group of Russian public figures, including writer Sergei Komkov, although the reason for his nomination was not made public.

"You all know that completely different people are nominated for this award. This is an initiative of those submitting the nomination. In this case, [the nomination was submitted by] the aforementioned writer,” Kremlin spokesperson Dmitry Peskov said last week.

Putin’s nomination was reported shortly after dissident Alexei Navalny was released to a Berlin hospital after a suspected poisoning with Novichok, a Soviet-era nerve agent. The Kremlin has denied any role in Navalny’s illness and accused Germany of stymying an investigation into it.

So far, 318 people and entities have been nominated for the 2020 prize, the fourth-highest number ever.