Wednesday, 30 September 2020_US Democratic nominee Joe Biden has released his 2019 tax returns hours before the first presidential debate this year. 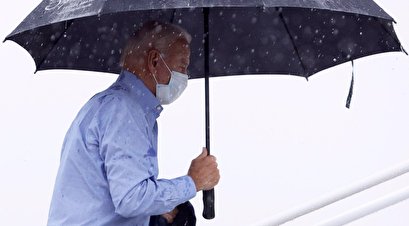 A report revealed Monday that US President  Donald Trump paid $750 in federal income taxes the year he won the presidency and zero income taxes in ten of the previous 15 years.

According to Kate Bedingfield, Biden’s deputy campaign manager and communications director, the former vice president's move was made out of “honesty and transparency.”
“Look, Trump’s tax returns and what we learned from that reporting I think reinforces what we already knew about Donald Trump, which is that he looks down on working people,” Bedingfield said. “It reinforces how much of a choice there is in this campaign between Scranton and Park Avenue."

California Senator Kamala Harris also released her 2019 tax returns on Tuesday, which showed that she and her husband, Doug Emhoff, paid about $1.2 million in taxes and had an adjusted gross income of about $3 million.