Maduro says oil revenue down 99% as Venezuela learns from Iran 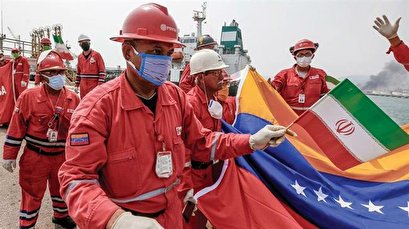 Venezuela is the owner of the world’s largest oil reserves, but its oil industry is hobbled by US sanctions which have thrown the country into its worst economic crisis in years.

Maduro said Tuesday 30 billion dollars have been lost each year since 2015, adding "it's impossible to imagine the amount of pressure placed on our economy."

"For every 100 dollars obtained through oil sales in 2014 we receive one today," which means oil revenues fell from more than 56 billion dollars in 2013 "to less than 400 million dollars last year", Reuters quoted him as saying.

According to Maduro, Venezuela experienced the "sharpest" foreign exchange losses in its history between 2014 and 2019. "In six years we lost 99% of our foreign exchange revenues," he said.

The main reason for the huge drop in revenues was "the war declared on oil prices," to "attack the world's major producers," he said.

With most shipowners and oil traders shunning business with Venezuela for fear of the sanctions, Iran has emerged as the only country helping Caracas bring its refineries back to service and cope with an acute fuel shortage.

The Iran-flagged tanker Forest, the first of a group of three tankers transporting some 270,000 barrels of Iranian fuel for Venezuela, entered the waters of the South American nation on Monday, reports said.

The two following Iranian tankers, the Faxon and the Fortune, are estimated to arrive in early October. They are together expected to deliver about 820,000 barrels of gasoline and other fuels, helping to ease shortages in Venezuela.