Wednesday, 30 September 2020_An Indian court has acquitted senior leaders from the ruling Bharatiya Janata Party (BJP) who had been charged with criminal conspiracy over the demolition of a historical mosque by Hindu extremists in 1992 due to lack of “strong evidence.” 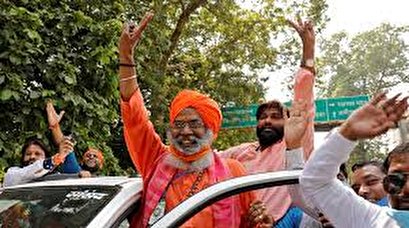 The court in Lucknow, the capital city in the northern state of Uttar Pradesh, announced the verdict on Wednesday, saying there was not enough evidence to directly tie any of the accused to the violence.

“The court did not accept the evidence, it was not strong enough,” defense lawyer Manish Kumar Tripathi told reporters at the courthouse.

The court further said that “miscreants” had demolished the mosque, even claiming that the accused leaders had tried to stop them.

The three, who are all senior members of Prime Minister Narendra Modi’s Hindu nationalist party, had previously denied any involvement in the destruction of the mosque.

The Wednesday ruling is likely to be construed by Muslims as further evidence of systematic discrimination against them.

Zafaryab Jilani, a lawyer for the All India Muslim Personal Law Board, said the court had ignored all the evidence in the case. “This is an erroneous judgment as it is against evidence and against law,” Jilani said. “We will seek remedy.”

The Muslim community plans to challenge the acquittals in an appeals court, he added.