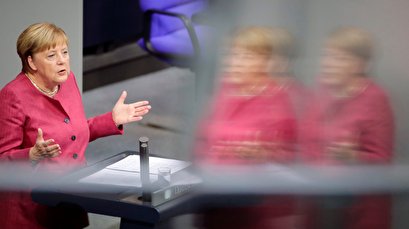 Initial reports suggested Tsikhanouskaya would visit the German capital, Berlin, in early October, when she might meet with Merkel. The meeting, however, had not been fixed, Tsikhanouskaya’s spokeswoman Anna Krasulina had said on Tuesday.

Merkel had formerly said that she was also “seeking dialog” with Belarusian President Alexander Lukashenko. Last month, after the European Union (EU) refused to recognize Lukashenko’s re-election, Merkel said, “President Lukashenko has not yet spoken to anyone on the phone, but we are seeking dialog, and we will of course insist on certain things.”

Lukashenko won the country’s presidential election in August. Tsikhanouskaya rejected the official results of the election and claimed there had been voter fraud. Belarus has been experiencing unrest since.

Tikhanovskaya, who later fled to Lithuania in the aftermath of the election, has been rallying Western support for herself. Several Western states have thrown their weight behind the opposition protests, threatening Lukashenko with sanctions.