Iran: States lecturing on human rights ignore impact of US sanctions on Iranians

Wednesday, 30 September 2020_Tehran’s ambassador to the UN office in Geneva has censured Germany and several other countries for baselessly criticizing the human rights situation in Iran while trying to appease the United States by turning a blind eye to its criminal sanctions, which “grossly” violate the Iranian people’s most basic rights. 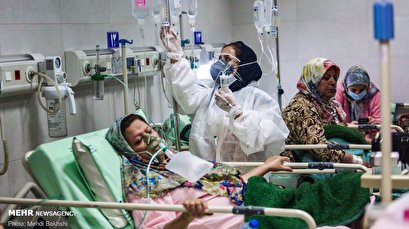 Esmaeil Baghaei Hamaneh made the remarks at the 45th session of the UN Human Rights Council on Tuesday, days after Germany issued a statement to the body on behalf of 47 countries expressing concerns about alleged violations of rights to freedom of expression, association and assembly in Iran.

He said that the allegations raised against Iran in the statement “are not corroborated by hard evidence or facts on the ground,” but are rather based on “faulty generalization of twisted or incomplete information about certain individual cases.”

“Human rights, civil, political, economic, social and cultural, are all interdependent, indivisible and interrelated. It has long been proven that external interferences are inherently antithetical to, and damaging for, the promotion of each and every one of these rights,” he added.

He further complained that the illegal US sanctions on Iran have blocked the country’s access to medicine amid the coronavirus outbreak.

“The challenges we’re facing in addressing the impact of COVID-19 pandemic are twofold due to inhuman unilateral coercive measures that are wickedly levied against Iran and are grossly violating the basic rights of my fellow Iranians to health and to life, including by blocking Iran’s access to medicine and medical devices,” he said.

The countries that contributed to the anti-Iran statement opted to appease Washington by ignoring violations of Iranians’ rights through sanctions and are thus complicit in American crimes, the Iranian diplomat noted.

“The US criminal sanctions are truly the main cause of gross and widespread violations of human rights in the targeted nations and must be recognized as such. Those few States that instigated the initiative of making joint statement against Iran consciously chose to ignore this grave injustice and blatant wrongful act, knowing that they as well share responsibility for the consequences of the US lawless and criminal behavior due to their failure to honor their own commitments vis-à-vis Iran and because of their appeasement approach toward the US illegality. They shall be reminded that ‘complacency and complicity go hand in hand,’” he said.

Baghaei Hamaneh said Tehran’s engagement with the UN human rights mechanisms, including the Office of the High Commissioner, is long standing and productive.

“Iran is well aware of the substantial importance of constructive engagement with all responsible stakeholders that appreciate the value of interactive dialogue, and do not regard human rights as a bargaining chip to appease their friends and antagonize those who perceive as their adversaries,” he underlined.

“We continue our respectful and mutually beneficial dialog with the interested parties on promotion and protection of human rights and dignity,” the official said.

Additionally, the Iranian diplomat explained that Iran’s Judiciary is independent and committed to due process in accordance with the applicable laws as well as Iran’s obligations under relevant international instruments.