Wednesday, 30 September 2020_The ambassadors of Armenia and the Republic of Azerbaijan in Tehran talked to Tasnim about the stances of their respective governments on the situation in Nagorno-Karabakh after a flare-up of fighting in the disputed region. 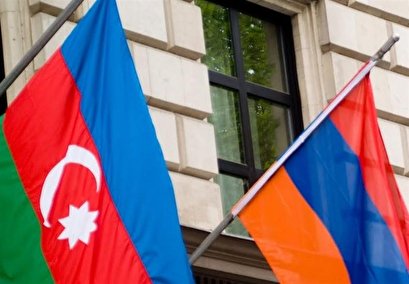 The military forces of Armenia and the Republic of Azerbaijan started a new round of clashes over the disputed region of Nagorno-Karabakh on Sunday, the heaviest fighting between the two countries in years.

While the military forces from both sides accuse each other of operations leading to the major escalation, Tasnim News Agency has held interviews with the ambassadors of Armenia and the Republic of Azerbaijan about the fresh violence.

In a face-to-face interview, Azeri Ambassador Bunyad Hasanov voiced his country’s readiness for both political and military solutions to the conflict, stressing that Armenian forces must leave “the occupied soil of Azerbaijan”.

“We have always told Armenia that there is a peaceful solution to the conflict through dialogue provided that the armed forces leave the Azeri soil and the occupied territories, but Armenia has always taken advantage of the situation and violated the ceasefire,” he added.

He also lashed out at Armenia for targeting the ordinary people of Azerbaijan after breaching the ceasefire deal, not only in the “occupied Karabakh” but also at the border areas.