Wednesday, 30 September 2020_Iranian President’s Chief of Staff Mahmoud Vaezi dismissed rumors that Iran has supported Armenia amid a flare-up of fighting in the disputed Nagorno-Karabakh region, expressing Tehran’s backing for the Republic of Azerbaijan’s territorial integrity. 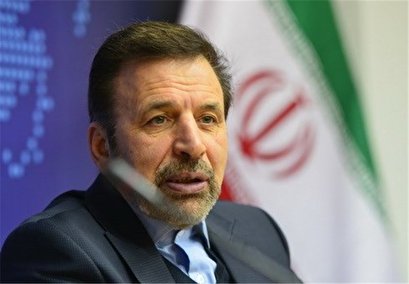 In a telephone conversation with the Republic of Azerbaijan's Deputy Prime Minister Shahin Mustafayev, the Iranian president's chief of staff strongly denied the rumors spread by social networks that Iran has supplied help for Armenia amid the fresh wave of fighting in the Nagorno-Karabakh region.

“Such rumors are totally baseless and aimed at upsetting the good relations between Iran and Azerbaijan,” Vaezi added.

“The Republic of Azerbaijan has a special and important place in the Islamic Republic of Iran’s foreign policy, and we have always seized every opportunity to strengthen and broaden our relations with that country,” Vaezi stressed.

Expressing concern about the armed clashes between Armenian and Azeri forces, he said Tehran is closely and seriously monitoring the developments and is ready for any help to settle the conflict through dialogue within the framework of international law.

For his part, Mustafayev hailed the amicable ties between Baku and Tehran, saying the two neighbors should not allow their close relations to be harmed by the hostile attempts.

Highlighting the cultural, religious and social values shared by Iran and the Republic of Azerbaijan, the Azeri deputy PM said the bilateral relations have reached a good level thanks to the efforts from the authorities of the two countries.

The military forces of Armenia and the Republic of Azerbaijan started a new round of clashes over the disputed region of Nagorno-Karabakh on Sunday, the heaviest fighting between the two countries in years.

Baku had earlier voiced concern about reports of large arms shipments from Russia to Armenia during and after the fighting.