Thursday, 01 October 2020_Iran’s Persepolis FC has advanced to the semi-finals of AFC Champions League thanks to a second-half brace from Isa Al Kasir in Doha. 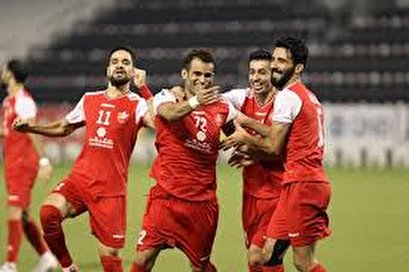 Persepolis got on the score-sheet 4 minutes into the second half when Siamak Nemati provided the opportunity for Al Kasir and he put the ball past Pakhtakor keeper hard and straight.

Persepolis doubled their tally in the 66th minute, and again it was Al Kasir on the score-sheet. The striker got on the end of an Aghaei cross beating goal-keeper Suyunov at the near-post for his fourth goal of the 2020 AFC Champions League.

It was the third time for reds to be in the AFC Champion League quarter-finals. The result will put the Reds in front of Saudi Arabia’s Al Nassr in the semi-final on Saturday.