Friday, 02 October 2020_US President Donald Trump’s re-election campaign has rejected calls for any expected changes to the rules of remaining debates between him and Democratic presidential nominee Joe Biden following their first chaotic and acrimonious matchup. 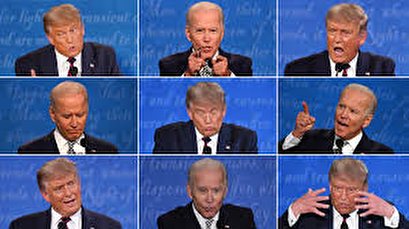 Their first debate was held in a venue in Cleveland, Ohio on Tuesday night. There are two other debates scheduled on Oct. 15 and Oct. 22 ahead of the 2020 presidential election in November.

During the first debate which lasted 90 minutes, the two politicians kept interrupting each other and trading insults, with the moderator, Fox News’ Chris Wallace, struggling to maintain control over the debate proceedings.

On Wednesday, the presidential debates commission announced the first “debate made clear that additional structure should be added to the format of the remaining debates to ensure a more orderly discussion of the issues.”

A day after, Trump campaign official Jason Miller said, “President Trump fully plans on participating in and winning both the second and third debates in the presidential contest here.”

“So we feel very confident but there should not be any changes to what’s been agreed to and set out, and it’s pretty notable that the Biden camp is pushing for some of these changes for the simple fact that their candidate did not win on Tuesday,” Miller said.

Trump himself took to Twitter, asking, “Why would I allow the Debate Commission to change the rules for the second and third Debates when I easily won last time?”

Biden also said later Thursday that he would not back out of the second debate scheduled in Miami.

“Yes I will participate in the next debate,” he told reporters.

His campaign spokesman Andrew Bates also said the former vice president would participate in upcoming debates under the rules laid out by the debates commission.