Friday, 02 October 2020_Unemployment rose for a fifth straight month in Europe in August and is expected to grow further amid concern that extensive government support programs won’t be able keep many businesses hit by coronavirus restrictions afloat forever. 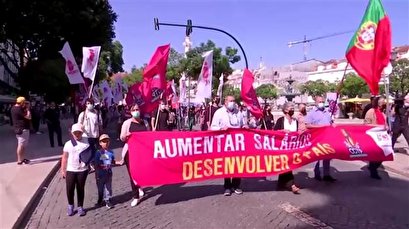 The jobless rate increased to 8.1% in the 19 countries that use the euro currency, from 8.0% in July, official statistics showed Thursday. The number of people out of work rose by 251,000 during the month to 13.2 million.

While Europe’s unemployment rate is still modest compared with the spike seen in many other countries, economists predict it could hit double digits in coming months as wage support programs expire. A resurgence in infections in many countries has, meanwhile, led to new restrictions on businesses and public life that may have to be broadened and could lead to more layoffs.

European governments have approved trillions of euros to help businesses, setting up or bolstering programs to keep workers on payrolls. In the region’s largest economy, Germany, some 3.7 million people are still on furlough support programs. With no clear end to the pandemic in sight, the government has extended that through the end of 2021. The program pays over 70% of the salaries for workers put on short hours or no hours. The European Central Bank is injecting 1.35 trillion euro ($1.57 trillion) into the economy.