EU agrees to adopt sanctions on Belarus after weeks of standoff

Friday, 02 October 2020_The European Union (EU) has agreed to sanction Belarus, after weeks of deadlock on adopting punitive measures against the government of President Alexander Lukashenko. 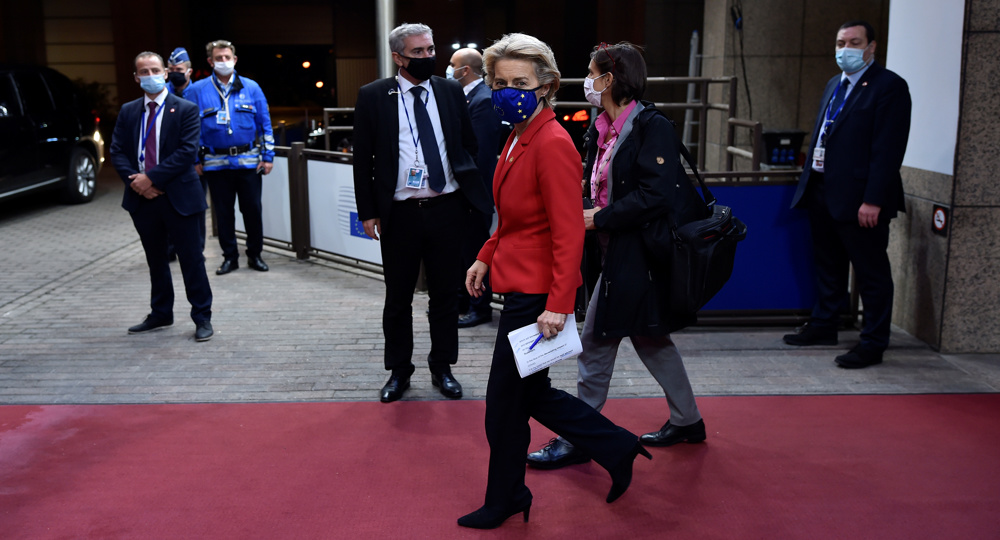 For the sanctions to be implemented, the EU needed unanimous approval from all 27 member states.But Cyprus and Greece kept refusing to offer their vote, insisting that the bloc must extend sanctions on Turkey over a border dispute in the eastern Mediterranean.

The two finally won the bloc’s backing on a statement demanding an end to Turkish drilling in what they claim as their waters, according to EU leaders.

On early Friday morning, the bloc agreed to target around 40 senior officials of Belarus.

The sanctions include asset freezes and travel bans.

Share to
Related News
US Denies Role in Foiled Plot to Depose Lukashenko
Lukashenko: US Special Services Centers Discovered in Kiev and Near Warsaw
Tags
Lukashenko ، standoff ، sanctions
Your Comment