Friday, 02 October 2020_Amnesty International has warned against life-threatening conditions at Saudi Arabia's squalid detention centers, where thousands of Ethiopian migrants are languishing, stating that the African detainees are enduring “unimaginable cruelty” during the coronavirus pandemic and some of them have lost their lives. 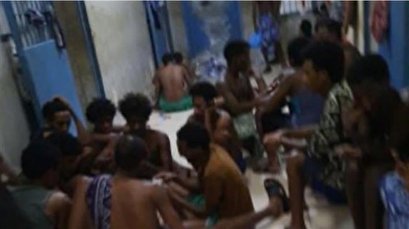 The New York-based rights group, in a report published on Friday, stated that it had interviewed detainees who described a catalogue of cruelties at the hands of Saudi authorities, including being chained together in pairs, forced to use their cell floors as toilets, and confined 24 hours a day in unbearably crowded cells.

Amnesty International, based on consistent eyewitness testimonies, documented the deaths of three people – an Ethiopian man, a Yemeni man and a Somali man – at al-Dayer detention center in Saudi Arabia’s southern Jizan province.

Other detainees reported at least four more deaths. Even though the organization could not independently corroborate the claims, the prevalence of disease and the lack of food, water and healthcare indicate the true number of deaths could be much higher.

Freweyni, 25, described the death of a 15-year-old boy at al-Dayer center.

“He was sleeping on the ground, covered with clothes. He was very weak. He urinated while sleeping. A boy was taking care of him. […] We shouted and the guards came in to take him….Four days later, I saw this boy lying on the ground outside. He was dead. I saw another body next to him,” he said.

Two people told Amnesty International they had prevented cellmates from committing suicide in Jizan central prison as well as Jeddah detention center. They cited the uncertainty of the situation, heat and insufficient food as key factors in driving detainees to take their own lives.

Abeba, 24, described the acute mental distress of some of those she was detained with at al-Dayer.

“Some women speak to themselves, some don’t dress up, some can’t control [themselves] when they urinate,” she said.