Iran warns US against any miscalculation, vows dire consequences

Friday, 02 October 2020_Iran’s Foreign Ministry has warned the US that any wrong judgment regarding the Islamic Republic will have dire consequences for the enemies of the Iranian nation. 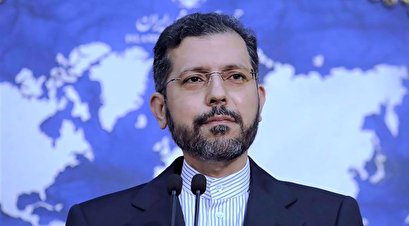 “The US has repeatedly made attempts since the 1979 Revolution to take actions again the Iranian nation and government, but it has failed in many of them,” Foreign Ministry spokesman Saeed Khatibzadeh said in an interview with the Islamic Republic News Agency (IRNA).

“Misinterpretations and miscalculations bring about dangerous results, so we have warned Americans that any misinterpretation regarding Iran will be the mother of all quagmires,” he noted.

Had the US been able to take any action against Iran, it would have taken it a long time ago, the spokesman added.

Khatibzadeh pointed to the American officials’ threats that all options are on the table against Iran, stressing that Tehran reserves its right to legitimate self-defense.

“It is stipulated in the UN Charter that any country has the natural right to defend itself against violations of its sovereignty, territorial integrity, and national interests,” he said.

“Iran would also respond to any type of aggression without any hesitation,” Khatibzadeh warned.