Friday, 02 October 2020_Light shows were performed across China on Thursday with the theme of best wishes for family and country on the occasion of celebrating the Mid-Autumn Festival and the National Day. 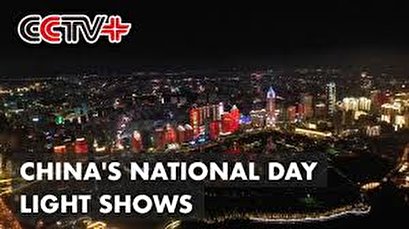 Wuhan City of central China's Hebei Province staged a glittering light show by the Wuhan Yangtze River Bridge and the famous tourism attraction of Yellow Crane Tower, attracting throngs of tourists. The show conveyed the city's respect for the country and presented the vigor and vitality that Wuhan restored after being severely stricken by the COVID-19 epidemic.

Guangzhou, the capital city of south China's Guangdong Province, put on a light show using about 1,000 drones to depict images of the hard working medics who have been fighting the COVID-19 epidemic.

Haikou City of south China's island province of Hainan projected a light show on skyscrapers to mark the development of the free trade zone.

The Mid-Autumn Festival is a traditional festival of family reunion, which coincides with the National Day this year.