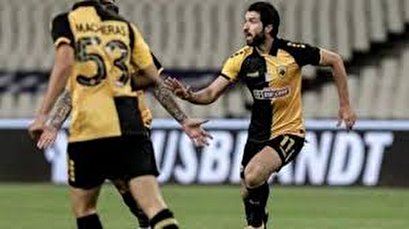 Germany's green company team went all the way to the finish line, winning both of their single-legged Europa League qualifiers and rotating off most of the top players in this weekend's round two Bundesliga encounter with Freiburg.

Regrettably, they saw their 2020/21 European travel plans cancelled in the fourth-minute of the second half injury time. Iranian international Karim Ansarifard, only just onto the pitch seven minutes prior, used his fresh-legs and fresh ideas to score a knock-out punch.

Wolfsburg back-up keeper Pavao Pervan, in for the injured Koen Casteels, has hitherto had a strong match. He even pulled off a penalty save in 20th minute when Petros Mantalos stepped forward to take a spot kick following a Xaver Schlager foul in the box.

Wolfsburg themselves opened the scoring in first-half injury time. A largely flat opening 45 appeared destined to end goalless until Josip Brekalo broke though on the left and serviced Admir Mehmedi for a defected shot in. Athens' equalizer also came after a prolonged lull, with André Simoes suddenly rifling in a scorcher in the 64th.

The ball remained mostly in the midfield for the duration of proceedings, with both teams only finding their respective attacking thirds after perceptibly random actions. VfL trainer Oliver Glasner made no substitutions after the 71st, clearly playing for extra time. AEK head coach Massimo Carrera, in contrast, sent two fresh players on in the final ten minutes.

Ansarifard danced around Wolfsburg center-back Maxence Lacroix far too easily after Marko Livaja sent him through. Pervan was left little chance after the Iranian's deke left him caught on the wrong foot. Ansarifard hammered past to send the German Wolves home empty handed.

For the first time in four years, the German Bundesliga will have only six of seven possible representatives in the European club cup competitions.