Friday, 02 October 2020_India has moved its long-range missiles closer to its common border with China, a report says, as relations between the two nuclear-armed countries remain strained over the disputed common border in the Himalayan region. 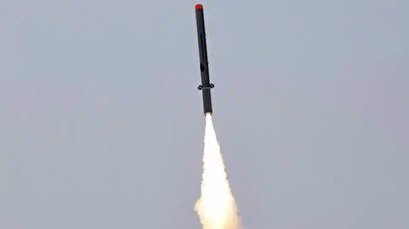 Hindustan Times quoted unnamed sources as saying in a report on Thursday that India has moved a limited number of domestically-built terrain-hugging Nirbhay missiles with a range of 1,000 kilometers to the Line of Actual Control (LAC), where Indian troops have been locked in a tense standoff with China’s People’s Liberation Army.

The LAC was established after a war in 1962, but it remains poorly defined and has been the scene of sporadic clashes over the decades, without involving cross-border firing however.

The sources added that India would formally induct the Nirbhay subsonic cruise missiles into the Indian Army and Navy as soon as the seventh trial of the missiles is successfully completed next month.

The Indian missile has a single shot kill ratio of more than 90 percent, further said the sources, whose remarks came just hours after the Indian army test-fired an extended-range BrahMos surface-to-surface supersonic cruise missile, which is said to be capable of hitting targets 400 kilometers away.