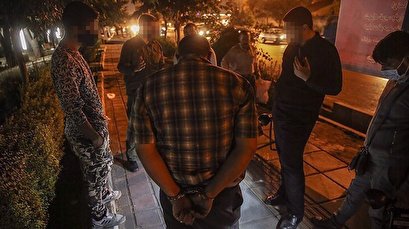 The two-member band was destroyed in an operation on Thursday night, according to the Intelligence Ministry's office in Khorasan Razavi province.

Eight kilograms of heroin were seized from the drug traffickers in the operation.

Iran says it has managed to confiscate the world's largest amount of narcotics over the past years despite illegal US sanctions.

Iran has over the past four decades suffered "irreparable financial and human losses" in its anti-drug fight, Iran’s permanent representative to Vienna-based international organizations Kazem Gharibabadi told a special commemorative event of the 63rd session of the Commission on Narcotic Drugs in June.

Last year, he added, a total of 30 Iranian forces were killed and injured in 2,319 operations, which led to the dismantling of 1,886 international and domestic smuggling rings and the seizure of over 950 tons of drugs, including 47 tons of heroine and 17 tons of methamphetamine.

"The Islamic Republic has discovered and confiscated the world's largest amount of narcotics for many years while it has been subject to unilateral, illegal and illegitimate US sanctions and deprived of the international community's help," Gharibabadi said.