Friday, 02 October 2020_Three Indian soldiers have been killed by what the country’s army described as unprovoked gunfire by Pakistani troops in the disputed border region of Kashmir. 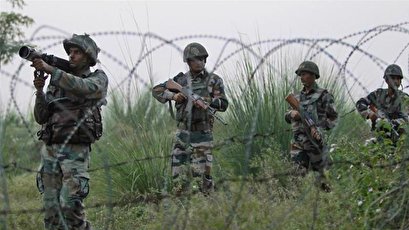 Another Indian soldier was killed in overnight gunfire by Pakistani forces in the Poonch sector of the region, he said. "Our troops responded strongly to the enemy fire."

Pakistan's Foreign Office said it had summoned a senior Indian diplomat in Islamabad to protest what it termed as ceasefire violations by Indian troops along the Line of Control (LoC) a day earlier, in which it said a 65-year-old civilian in the Jandrot sector had been wounded.

According to the official statement, Indian forces had committed 2,404 ceasefire violations this year, leading to the killing of 19 people and wounding of 192 civilians.

Indian army officials in the New Delhi-controlled Kashmir acknowledged last month for the first time ever the breach of standard operating procedure by its forces during alleged encounters in the disputed Himalayan region.