Saturday, 03 October 2020_Turkey has downplayed as “unconstructive” the European Union (EU)’s threat of sanctions on Ankara over a dispute with Greece and Cyprus in the Mediterranean Sea. 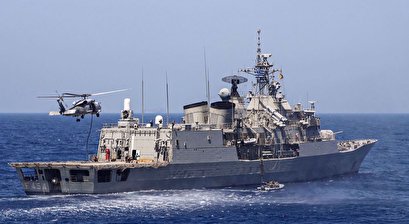 “The continued use of the language of sanctions is unconstructive,” the Turkish Foreign Ministry said on Friday. “The EU must now understand it will get nowhere with such discourse.”

Earlier in the day, EU leaders warned they could impose sanctions on Turkey if it continued to drill for energy reserves in disputed Mediterranean waters.

Turkey, Greece, and Cyprus have been locked in a dispute over drilling rights in the eastern Mediterranean. Tensions in the region have eased since Ankara and Athens agreed to exploratory talks last month.

The EU statement also offered Turkey incentives if it committed to “pursuing dialogue in good faith and abstaining from unilateral actions,” including closer ties and better trade.

The Turkish ministry welcomed those “positive elements” but said “some parts [of the statement] were disconnected from reality.”

The EU statement demonstrated how some states “wanted to develop relations” with Ankara but was also an example of how Greece and Cyprus had “taken EU-Turkey relations hostage,” the ministry added.