Saturday, 03 October 2020_Amnesty International has called on Egypt to release hundreds of people who were detained last month during anti-government protests. 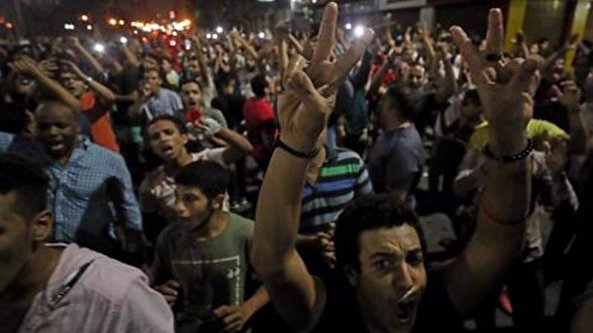 “Egyptian security forces have used tear gas, batons, birdshot, and on at least one occasion live ammunition, and arrested hundreds of protesters and bystanders to disperse rare scattered demonstrations over several days,” the UK-based rights group said in a statement Friday.

“We call on the authorities to immediately and unconditionally release all those detained solely for exercising their rights to freedom of expression and peaceful assembly,” Philip Luther, Amnesty’s Middle East and North Africa research and advocacy director, said in the statement.

According to videos circulated on social media, Egyptians, including sympathizers of the now-outlawed Muslim Brotherhood, staged demonstrations in several villages across the country from mid-September.

The protests came amid outrage, especially in rural and low-income areas, against government campaigns to demolish illegal construction nationwide, which require people to pay fines to legalize home ownership.

Luther said, “The fact that these protesters took to the streets while knowing the very high risk to their lives and safety… shows how desperate they were to demand their economic and social rights.”

“The authorities have yet again resorted to their usual tactics of violence and mass arrests to send a clear message that no form of protest will be tolerated,” he added.