Saturday, 03 October 2020_Israel’s tourism minister has resigned in protest at a contentious law that effectively stifles mass rallies against Prime Minister Benjamin Netanyahu under the guise of containing the coronavirus, prompting a new war of words between rival parties in the premier’s already shaky administration. 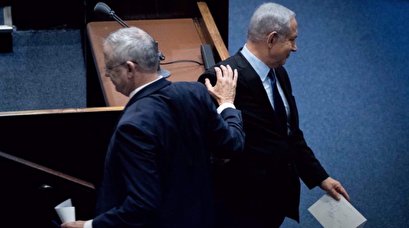 Asaf Zamir of the Blue and White party said Friday that he was stepping down from the coalition administration, citing the adoption of legislation in the Knesset to restrict protests during the coronavirus lockdown in the occupied territories.

In a lengthy Facebook post, he said he would no longer serve an administration “in whose leader I haven’t an iota of faith,” referring to Netanyahu.

Zamir said the cabinet’s drafting of the regulations banning large demonstrations and their subsequent approval on Tuesday at the Knesset — where Netanyahu’s Likud party retains a majority — were the “final straw” for him.

The law bans Israelis from holding demonstrations more than one kilometer (0.6 miles) from their homes during the second lockdown, which went into effect across the Israeli-occupied territories on September 18 for an indefinite period of time.