US trying to take world back to 'jungle age': China

Saturday, 03 October 2020_China has lambasted American officials as habitual liars and said the US was trying to sow chaos and take the world back to the “jungle age” after Washington accused Beijing of subjecting women of ethnic minorities to forced abortion. 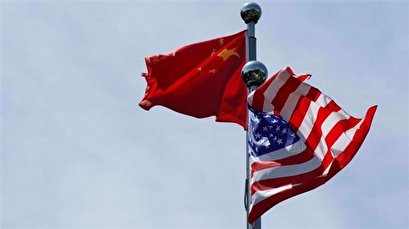 At a UN General Assembly meeting on Thursday, US Education Secretary Betsy DeVos blamed China and United Nations agencies for “the murder of millions of baby girls,” and accused Beijing of subjecting the Uighur Muslim community and other minorities to forced abortion, forced sterilization, and involuntary implantation of birth control devices.

US Secretary of State Mike Pompeo also on the same day leveled similar accusations against China.

Responding to the allegations, a spokesperson for China’s UN mission in New York denounced as “sheer fabrication” the remarks by DeVos and Pompeo.

“Some US politicians lie and cheat as a habit,” the spokesperson said in a statement on Friday. “They maliciously create political confrontation and undermine multilateral cooperation. The United States, going against the trend of the times, is becoming the biggest destroyer of the existing international order and trying all means to take the world back to the ‘jungle age.’”

The United Nations Population Fund (UNFPA), for his part, said it regretted the accusations by the two US officials and stressed that any coercion of women was “against our practice and policy.”

“We accord the highest priority to voluntary sexual and reproductive health, rights, and procedures,” UNFPA Executive Director Natalia Kanem said. “We have invited reviews of, in the case of UNFPA, our practice and procedures in the country of China, and for the past four years, the United States has not visited our programs.”

The administration of US President Donald Trump cut funding in 2017 for UNFPA, claiming that the agency “supports... a program of coercive abortion or involuntary sterilization.” The United Nations said that was an inaccurate perception.

In June, Trump signed legislation into law that allows for sanctions against Chinese officials over what it claimed to be the “arbitrary detention, torture and harassment” of the Uighur Muslim community in the western Xinjiang region.

Share to
Related News
Trump’s Doctor: He could discharge from the hospital as soon as Monday
Tags
China ، trying ، united states
Your Comment