Saturday, 03 October 2020_A shipment of the Russian-made Sputnik-V coronavirus vaccine has been delivered to Venezuela, allowing the Central American nation to take part in clinical trials of the vaccine, says Venezuelan vice president. 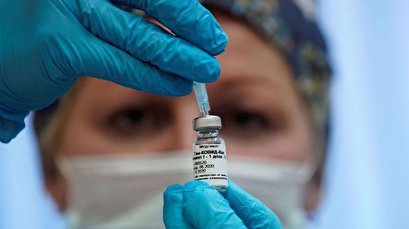 "This cooperation for the Sputnik-V vaccine was the result of the permanent contact, the meetings, the close cooperation that exists between Venezuela and Russia," Vice President Delcy Rodriguez declared in a televised statement on Friday.

The delivery marks the first in Latin America, but Rodriquez did not reveal the number of vaccines in the shipment.

Venezuela’s Health Minister Carlos Alvarado, however, stated that 2,000 people will participate in a trial that commences later this month in the nation’s capital of Caracas.

The development came after Venezuelan President Nicolas Maduro proposed last month that the Russian COVID-19 vaccines be administered to nearly 15,000 candidates in the upcoming legislative polls so that they can campaign safely.

Caracas has expanded its diplomatic ties with Moscow in face of a brutal sanctions program imposed by Washington in its declared bid to oust the elected government of President Maduro.

Meanwhile, India has surpassed the 100,000 COVID-19 fatality mark on Saturday, according to official data, as the outbreak continued to rapidly spread across the world's second most populous nation.

India’s health ministry figures put the total number of coronavirus deaths at 100,842, placing the country third highest in the world in terms of fatalities, behind the US and Brazil.

The country has also registered 6.47 million infections and is well on course to overtake the US as the nation with the highest cases in the weeks ahead.

This is while India's population of 1.3 billion is nearly four times larger than that of the United States, which has so far recorded more than twice as many fatalities, raising doubts about the validity of official COVID-19 figures shared by Indian authorities.

Moreover, India's lead pandemic agency released a survey on Tuesday suggesting that more than 60 million people there -- 10 times the official tally -- may have contracted the virus.

The development comes as Prime Minister Narendra Modi's right-wing government is pushing ahead with efforts to open up Asia's third-largest economy even as infections persistently surge across the country.

Meanwhile, a stringent lockdown imposed in March not only failed to halt the spread of the contagion but also led to further misery for millions of people who suddenly lost their jobs.