The family of a Canadian Indigenous woman who died at a hospital this week after the medical staff mocked and made racist remarks against her is suing the hospital, insisting that her death was an outcome of systemic racism. 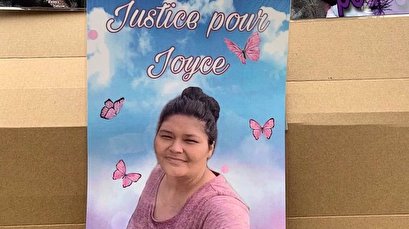 At a Friday news conference, Carol Dube, the spouse of the 37-year-old victim Joyce Echaquan, said she died because Indigenous people are discriminated against in the Canadian province of Quebec where she lived, including in the healthcare sector.

Echaquan, a mother of seven children from Atikamekw of Manawan -- a First Nation community in Quebec -- perished on Monday after seeking treatment for a stomach pain at a hospital in the city of Joliette, about 75 kilometers north of Montreal.

Prior to her death, however, she posted a livestream video on Facebook from her hospital bed that shows hospital staff making derogatory remarks against her as she moaned and called for help.

“I think you have trouble taking care of yourself, so we’re going to do it for you,” one of the female hospital staff members in the video said in French.

“Are you done messing around? You’re dumb as hell,” another said.

“You made bad choices, my dear. What do you think your children would think seeing you like this? Think of them,” said the first woman again.

“She’s only good for sex. And we’re paying for this,” added the second woman.

Echaquan’s family says the video was recorded on Monday morning and she passed away Monday afternoon.