Saturday, 03 October 2020_Cambodia has demolished a US-built facility on the country's largest naval base, according to images published by an American think tank on Friday, amid increasing concern in Washington about China's access to military bases in the nation. 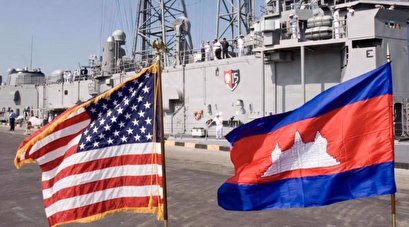 The Center for Strategic and International Studies (CSIS) published images which it said showed that the Cambodian government last month demolished a building that the United States had built at Ream Naval Base.

Last year the Pentagon had asked Cambodia to explain why it turned down an offer to repair the base, saying the decision had raised speculation of possible plans for hosting China's military.

The Pentagon on Friday said it was concerned about reports that the US-funded Cambodian Navy tactical headquarters facility had been demolished and had asked the Cambodian government for an explanation.

"We have concerns that razing the facility may be tied to Cambodia government plans for hosting People's Republic of China (PRC) military assets and personnel at Ream Naval Base," the Pentagon said in a statement.

The Cambodian embassy in Washington did not immediately respond to a request for comment.

The Cambodian government has denied reports that China had reached a secret deal with Cambodia to let it place forces at the base, saying that hosting foreign forces would be against Cambodia's constitution.

The base is southeast of the port city of Sihanoukville, center of a Chinese-led casino boom and a Chinese-run Special Economic Zone.

Cambodia is one of China's closest allies in Southeast Asia and has received billions of dollars of Chinese aid as well as political backing for authoritarian Prime Minister Hun Sen in the face of Western criticism.

Cambodia has been wary of superpower rivalry since being devastated by fighting between U.S. and Chinese proxy forces in the 1970s that culminated in the Khmer Rouge genocide.