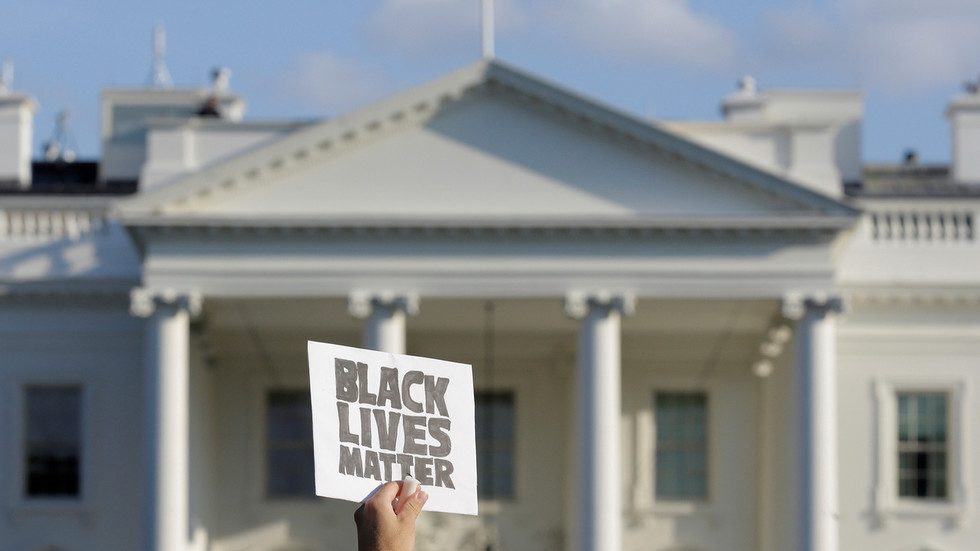 At a political march in Washington DC put on by the Walk Away movement, Black Lives Matter counter-protesters clashed with police.

Video from the event shows a violent confrontation between the demonstrators and police. It’s unclear what exactly led to the physical altercations, but the protesters were reportedly trying to disrupt the day’s events using megaphones and sirens.

Police can be seen pushing protesters away, and several of the demonstrators fight back. At least one can be seen hitting an officer before being brought to the ground by several others. Those attending the Walk Away rally, which brought out thousands, begin chanting, “back the blue” as the person who hit an officer is being arrested.

One BLM protester can be heard screaming, asking why another protester is being arrested. An attendee of the rally answers by saying he was “causing trouble.”

The DC chapter of the Black Lives Matter movement tweeted about the counter-protests on Saturday, calling the Walk Away rally a “white supremacist” event, despite it featuring multiple minority speakers, including commentator David Harris and musician Joy Villa.

The group warned protesters to take video and pics of the police, but not their “comrades.”

The Unsilent March was hosted by the Walk Away movement, which encourages Democrats to ‘walk away’ from their political party and support more conservative and independent causes.