Texas man accused of punch amid Trump argument turns self in

Tuesday, 06 October 2020_A Texas man who was seen on video punching another man as they argued over President Donald Trump has turned himself in after police obtained a warrant for assault, authorities said. 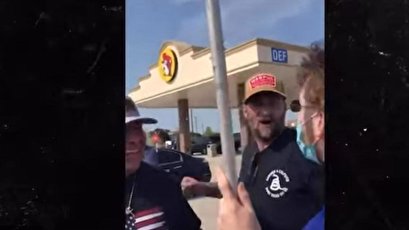 This guy is a Trump supporter.https://t.co/YYoZsQdovr

The scuffle earlier Saturday outside of a convenience store was captured on video, which showed a man in a hat yelling profanities at another man and screaming “Turn it off!” as an anti-Trump rap song by YG appeared to be playing in the background. The suspect, identified by police as Lata, was standing with other men who were wearing Trump T-shirts. He's seen on video punching the victim in the face.

Police said the victim suffered a cut below the eyebrow and a broken tooth. It wasn't clear whether Lata had an attorney who could speak on his behalf.