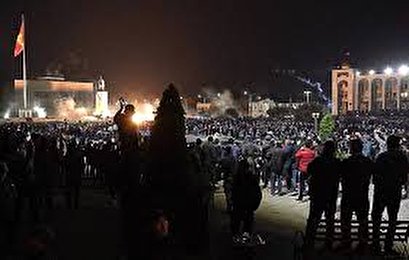 Protesters broke through the main gate of the compound — which also houses the country’s security headquarters — with trucks on Tuesday morning, taking it over as security guards left their posts, Russian state news agency TASS reported.

Other reports said the key government building, which is known as the White House, was set afire by the protesters.

The rioters also released from custody former president Almazbek Atambayev, who had been sentenced to a long prison term in August on corruption allegations after falling out with Kyrgyzstan’s current President Sooronbai Jeenbekov.

Atambayev was being held in a detention center of the State Committee for National Security when he was released by the protesters.