Leader’s aide: Armenian occupation of Azerbaijan must end, but not through war

Tuesday, 06 October 2020_A top advisor to Leader of the Islamic Revolution Ayatollah Seyyed Ali Khamenei has called for a political settlement of the Nagorno-Karabakh conflict, saying Armenia’s occupation of Azerbaijani cities should come to an end as required by international law, but not through military force. 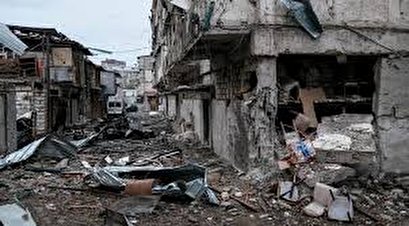 In an interview with Kayhan newspaper published on Monday, Ali Akbar Velayati stressed that Iran respects the territorial integrity of all countries as a general principle of the UN Charter.

In line with that principle, the official added, Iran is opposed to the occupation of Azerbaijani territories by Armenia.

He said, “We are concerned about the fate of Azerbaijan and believe its territorial integrity must be protected.”

“In this case, the territory of one country is occupied by another. The areas south of the Republic of Azerbaijan — about 7 cities — are occupied by Armenia. In this regard, four resolutions have been adopted by the UN, all of which require the Armenians, who have occupied these parts of Azerbaijani soil, to pull out and return to international borders,” Velayati underlined.

“We, therefore, want Armenia to return these occupied parts to the Republic of Azerbaijan. More than one million Azeris, who have been displaced by the occupation of these areas, must return to their homeland soon. Just as we oppose the occupation of Palestine by the Zionist regime, we have the same position here.”

Since late September, heavy clashes have been underway between Azerbaijani and Armenian military forces over the disputed Nagorno-Karabakh region. Both sides blame each other for initiating the fighting in the Caucasus Mountains.

Hundreds have been killed in the worst spate of fighting between the two former Soviet republics since the 1990s.

For years, the two neighbors have been locked in a conflict over Azerbaijan’s breakaway region of Nagorno-Karabakh mainly inhabited by ethnic Armenians. Though a ceasefire was agreed in 1994, Baku and Yerevan continue to accuse each other of shooting attacks around the enclave.