Tuesday, 06 October 2020_The European Court of Justice (ECJ) in Luxembourg has thrown out an Iranian bank’s claim for damages because of EU sanctions previously imposed on it in connection with the Iranian nuclear program. 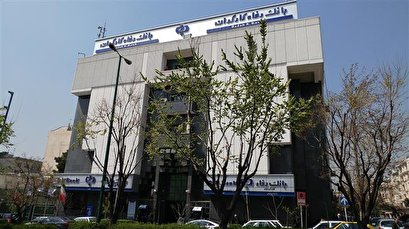 According to the court on Tuesday, the judges rejected an appeal filed by Bank Refah Kargaran against a judgment of the European Union Court of First Instance, which dismissed the claim.

Accordingly, the judges at the European Court of Justice recognized certain legal errors in the determination of the scope of jurisdiction in the previous judgment. However, these did not reach a level that would have made the decision of the lower court necessary, it said.

The ECJ said the bank was first placed on an EU sanctions list in 2010 and 2011, which means that its assets in Europe were frozen, but the bank managed to have the legal acts annulled in court.

In 2013, the EU imposed sanctions on the lender again, prompting it to file an appeal which was rejected by the ECJ on Tuesday.

This is not the first legal battle of Iranian financial institutions in European courts. Sanctions have been imposed on Iranian banks over allegations that they were involved in the development of Iran’s nuclear energy program and had circumvented embargoes on Tehran.

In most cases, the General Court of the European Union has scrapped the sanctions on grounds that the EU had not presented any justification for freezing the assets and economic resources of the Iranian banks, but the EU has later reimposed them by using what it has usually described as new legal grounds.

In 2017, Iran’s Tejarat Bank filed a lawsuit with the European Court of Justice to seek damages for the losses it incurred as a result of several years of sanctions by the European Union.

In 2019, the UK government reached an agreement with Bank Mellat to settle a $1.6-billion damages claim brought by the Iranian bank after 10 years of negotiations. The bank said later the money pocketed was actually around $100 million.