Wednesday, 07 October 2020_US President Donald Trump has abruptly cut off coronavirus aid talks with Democrats, drawing criticism from them as well as some Republican lawmakers. 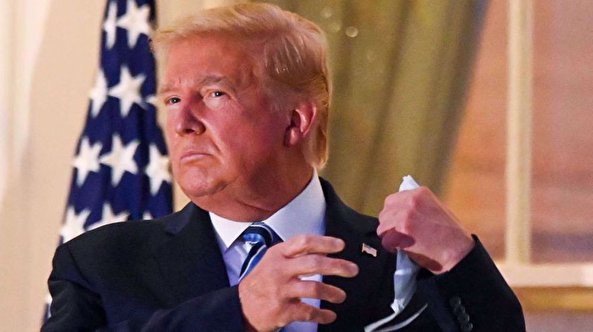 Trump announced in the middle of the night on Thursday that he had tested positive for the coronavirus and a day after was admitted to the Walter Reed National Military Medical Center. However, he left the hospital on Monday and went back to the White House, where he is expected to continue his recovery.

In his first major policy pronouncement since leaving the hospital, Trump called off talks with the Democratic lawmakers on the economic aid package until after the election.

“I have instructed my representatives to stop negotiating until after the election when, immediately after I win, we will pass a major Stimulus Bill that focuses on hardworking Americans and Small Business,” Trump wrote on Twitter.

His Democratic rival for the November presidential election - Joe Biden - has blasted him, saying, “The president turned his back on you.”

Also, Democratic House of Representatives Speaker Nancy Pelosi said Trump would lose the election and Congress would pass the relief legislation during the “lame-duck” session when a president awaits replacement by his successor.

However, Senate Majority Leader Mitch McConnell, a Republican, said he agreed with Trump, telling reporters that “his view was that they were not going to produce a result and we need to concentrate on what’s achievable.”

This comes as millions of Americans, who have lost their jobs in the virus crisis, are in need of more financial help.

The United States leads the world in deaths and infections and so far, over 7,723,700 have tested positive and more than 215,800 have died in the country.

Trump, who has played down the infection and is continuing to do so, removed his face mask and declared he feels great after landing at the White House on Marine One.